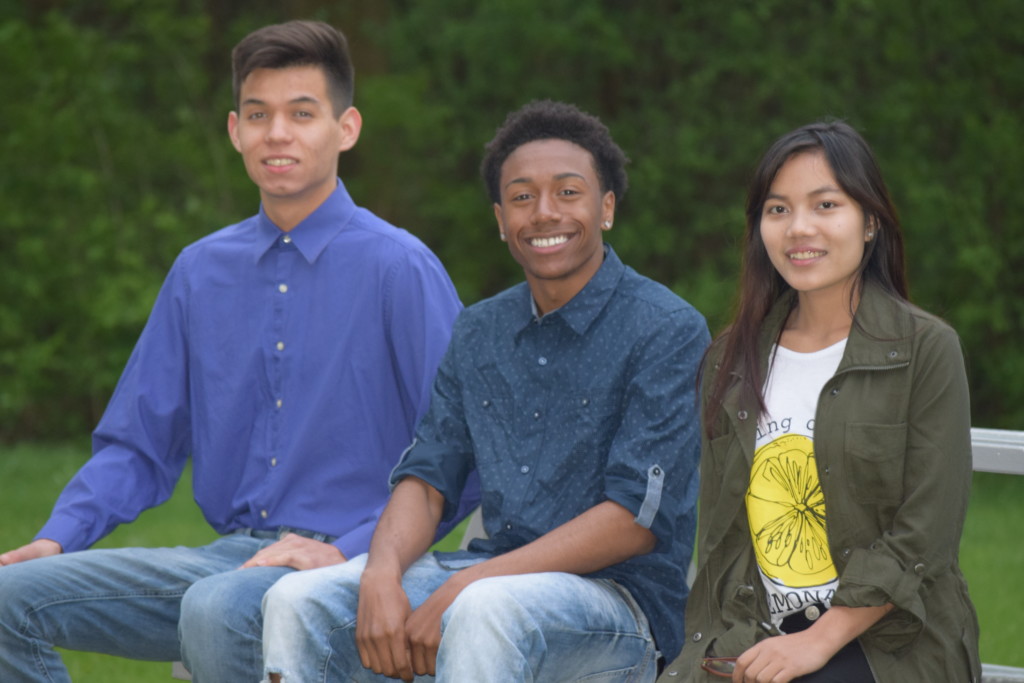 Hmangaih Lal graduated from Wheaton North High School in January 2017. Lal began attending OCC as a junior in high school and has been an active participant in SALT and the community. Lal spends much of her time volunteering at her church where she teaches Sunday school, assists with summer camp, helps serve as treasurer and acts as a translator. This past year she worked at Outreach’s resale shop Twice Is Nice, which hired her after her good evaluations as part of the OCC Summer Youth Employment Program. Lal has been accepted to her two top schools, North Park University and Palm Beach Atlantic University, and plans to one day work in human resources.

Jailan Richards graduated from Bartlett High School in May 2017. Jailan began attending OCC as a sophomore in high school. Last summer, Jailan attended the Steve Harvey Mentoring Camp and was nominated to be one of the motivational leaders by the staff. He was also handpicked to be interviewed by the local news station to speak on behalf of the other young men about the camp’s impact. Jailan has worked for the last two years while in school and volunteered at Feed My Starving Children. He plans to attend COD and then transfer to Moorehouse College to study criminal justice.

Juan Lopez graduated from Wheaton North High School in May 2017. Juan began attending OCC in preschool. Juan was the recipient of a $2500 scholarship from the Wheaton North Alumni Association for his hard work and the substantial change in his GPA this past year. Juan’s been recognized multiple times at Wheaton North’s Breakfast of Champions for significant academic improvements. Juan has made school a priority, yet he works long hours at his job and still has found time to volunteer at Feed My Starving Children and the neighborhood food pantry. Juan plans to attend College of DuPage and hopes to study business.

“We warmly congratulate our graduating seniors on their academic and personal success,” shares Gigi Nyesoah, College Opportunity Program Coordinator. “Lal, Jailan and Juan have worked hard to reach this milestone, and we know they will continue to make us proud as they pursue their dreams.”