For the typical Outreach transitional housing resident, the hardest thing to adjust to is the rules. But not for Giselle. “It’s nice to have security and stability, and have others guide you to the right choices. Especially with us having kids, I think it’s important for us to focus on their needs and not so much the wants we have. It’s difficult, but it is what’s best for the future of our kids. I want Isabella to grow up with structure and rules.”

Giselle grew up primarily in Wheaton, attending Lincoln Elementary, Edison Middle and Wheaton North schools. During her senior year of high school, Giselle discovered she was pregnant. Teen Parent Connection offered her support throughout the pregnancy, then referred her to Jubilee Village. “At the time, Isabella’s dad and I were broken up, so I was struggling dealing with that. I was living with my mom and her boyfriend in West Chicago. There’s just a lot of people there and not all of them are a good example for Isabella. It’s not the life that I want her to see. I want her to grow up in a good environment.”

Since moving into Jubilee Village, Giselle has quickly accelerated through the two-year program. As with most residents, Giselle started in a three-bedroom unit with a roommate. Because she’s been able to meet her goals and follow program guidelines, she’s now in a roommate-free, two-bedroom apartment—her first time living alone. “So it’s nice. We’re trying to transition Isabella into her own bed. It’s a little difficult—she’s very stubborn. This is the first time I can really try to raise her by myself.”

Jubilee Village is more than just a place to live, however. Giselle meets weekly with Jana, her house parent, as well as with Holly Points, her case manager. “Holly helps me with my finances and just if I need help with school, help doing the FAFSA, with anything, really. They also help me with any court stuff I have going on with Isabella’s dad.”

This structured environment is allowing Giselle to create a new future for herself and her daughter. She is working in the cafeteria at the DuPage County Courthouse and while she once dreamed of becoming a sheriff, her work sparked a new passion for cooking. Now, Giselle is taking culinary classes at College of DuPage and plans to graduate in two years. She’s focused on learning the basics right now, but says she loves making Mexican food—especially tamales—and hopes to bring her heritage into her cooking.

In the meantime, she’s grateful for the stability of her home at Jubilee Village, which is helping her dream new dreams. “My plan is to be the cook where I’m working now, once he retires, and eventually to be the boss.” 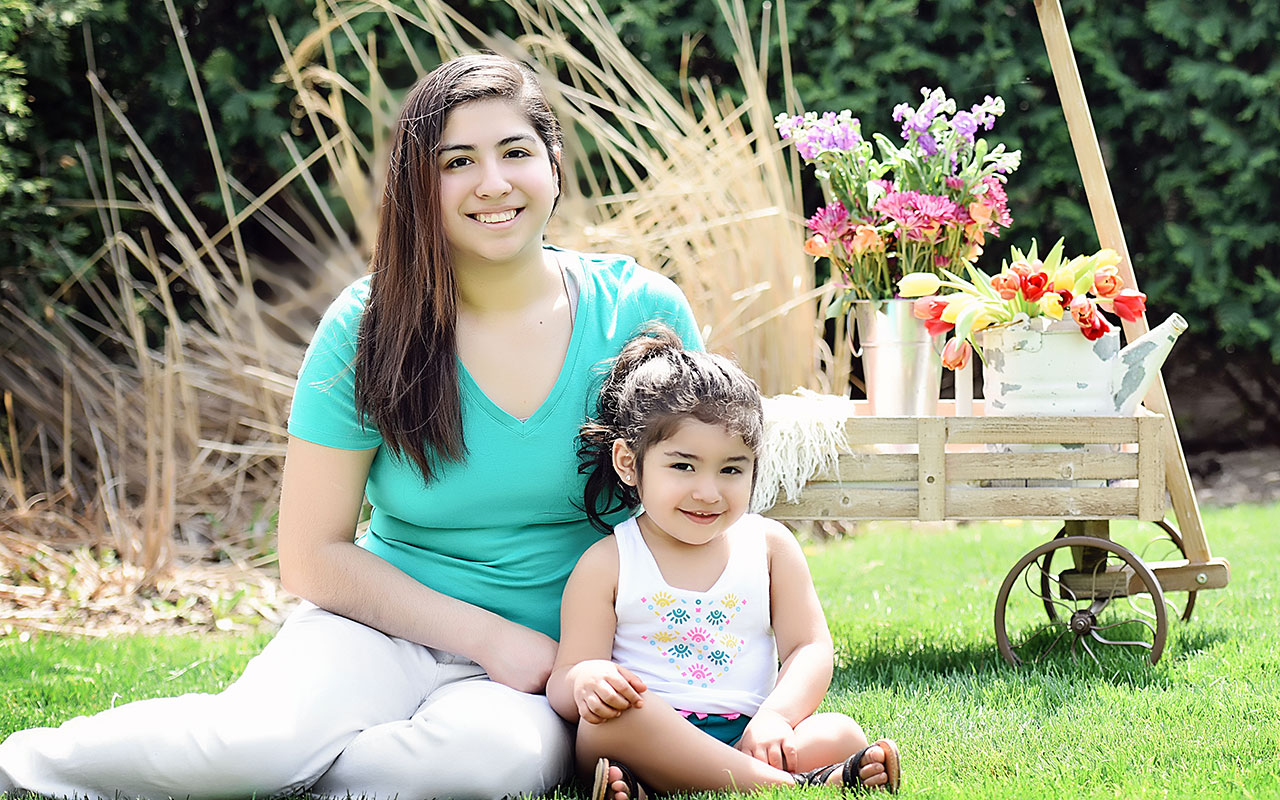